Two resources I’ve been consulting this week as I prepare to rewrite my current project: LOVE & EAST MERCY

Now that DISGUISED is published and ROSALIE is completed and posted, I am beginning to work on my next project. In 2005 I wrote a novel as part of Harlequin’s Book In A Year (BIAY) program. I met a few really great aspiring writers in this “class,” and for many years following we joined together in a Yahoo group to talk shop and share a bit. We even started a group story, which I think has disappeared now into the ether. That’s too bad because I really liked the premise of that story.

Anyway, I wrote a 500-page romance novel during BIAY05. I called it THE HOUSE ON HAWTHORNE STREET. Since then, I’ve heard about a novel called THE HOUSE ON MANGO STREET. Perhaps I’d encountered the title of that classic somewhere along the way (I’m embarrassed to admit I’ve never read it. Yikes.) Perhaps it lodged into my brain. Maybe I just happened to come up with a similar title. Who knows?

In any case, a few years ago when I looked at this manuscript again, I knew the title had to change. I decided to call it THIRD TIME’S THE CHARM. Not totally original, I know, but I liked the breezy, chick-lit quality. However, that particular title alludes to the main character’s status as a twice-divorced woman. But now that I’m rethinking the entire book, I’m not sure I want to go there. I want to her be divorced only once. So…

I needed another title. The book is a traditional romance from both the heroine and hero’s POVs. It’s a book about love and belonging. It’s also about the conflict between respecting history and embracing change. My setting is a small, Maine town that I’ve been developing since my college years in the late 80s. The name of the town is East Mercy. Put the two together, and what do you get? LOVE & EAST MERCY.

So there. You are the first people to know the name of my current project.

Now I just have to rewrite that sucker.

This is not going to be an easy fix, peeps. I’ve learned a lot since 2005, and I’m still working on pacing. I mean, 500 pages for a traditional romance novel points at some pacing issues, don’t you think? I need to tighten up the plot. I need to pare down my list of characters. I need to focus on the love story rather than the town.

‘Cuz here’s the thing. I’m in love with East Mercy, Maine. In my head, I lived there for years, setting many short stories and a couple of novels-in-progress there. Twenty years ago, I even wrote a sort of town history as a final project for a literature class.

Besides pacing and a character-driven plot, I also want to practice writing comedy. I’ve always wanted to write romantic comedy and off-beat chick lit. Sometimes I’m in a certain “mood” and it just happens, but most of the time my stuff veers into sentimentality.

My writing professor pointed this out to me in my Intro to Creative Writing class lo those many years ago when I was an undergraduate college student. That was back when I thought I might be able to pull off writing “literary.” Maybe I could have if I’d gone to graduate school, gotten that MFA, worked hard to develop that kind of voice and point of view.

Anyway, in an effort to learn more about how to write comedy, I found a video by Steve Kaplan, a teacher of comedy writing. Here is his bio. https://www.kaplancomedy.com/bio/

Here is the video “Structuring a Comedy Screenplay.” https://www.youtube.com/watch?v=BE0IfkPGQjM

Now, I know this is a screenplay lesson, but I found the principles could probably be applied to a fast-paced genre novel, as well. Kaplan says that comedy is the art of unattainable hope, that an ordinary person struggles against the odds with none of the actual skills and tools necessary to win but never giving up hope.

This, my friends, is how I feel about a writing career! Apparently, my writing life is a comedy in the making. I have some skills, sure, but it remains to be seen if I have enough of them, or the right kind.I wasn’t born with all the tools, but I’m working to acquire some that will do the trick. I’m working. I’m doing what needs to be done.  I’m not giving up hope.

How about you? Do you have some “unattainable hope” toward which you are struggling? Remember, satisfaction comes from doing, not succeeding. It’s a theme I come back to time and time again. Feel free to leave a comment. I comment back. 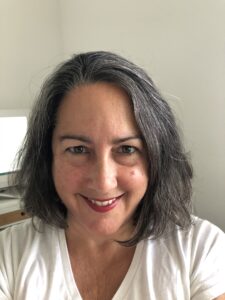 Know some friends who might be interested in the things we discuss here? Life, love, books, writing, food, and drink? Let’s bring them in to hang out with us! I’m not a fan of social media share buttons. I find that copying the http address and pasting it into a post or email is MUCH more effective. Or just give them the www.shelleyburbank.com address. It’s all good. And I hope to start putting a newsletter together soon. Please know how much I appreciate all of my loyal readers here and on Wattpad. It truly makes me happy when I read your comments. You ROCK!