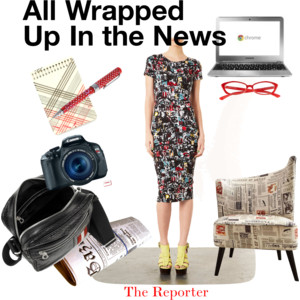 I like writing human-interest feature stories. No, that’s not quite right. I love writing features.

The first chance I ever had to write feature articles was for the small, weekly newspaper based in Waterboro, Maine. The Waterboro Reporter covered (and still covers) news, sports, business, education, and opinion in Waterboro and its neighbors–a cluster of rural hamlets in southern Maine west of I-95. These places are nothing much like the posh coastal communities of Portland, Kennebunkport, and Ogunquit, the Maine you see in movies or the L.L. Bean catalog. This is “The Other Maine,” as the author Carolyn Chute, who lives in the area, calls it.

Sometime in the 2010s, the owner/publisher of the Reporter contacted me to see if I’d be interested in putting together a town column for Limerick where I lived with my husband and school-age daughter. Seemed like a good idea to me. I’d already submitted a few letters to the editor and opinion pieces. An at-home mom with literary ambitions, I enjoyed volunteering at the elementary school and town library and participating in town events. I figured writing up a few paragraphs once a week about these things would be entertaining enough for me and nice for the community. The possibility of having a professional writing gig and a byline excited me. Yes, I said, and launched into my journalism career.

It wasn’t long before I branched out to longer news articles and human-interest features. Features suited my voice and my sensibilities like a perfect pair of old jeans. Easy to slip into, casual, egalitarian, and friendly.

I wish I could tell you what my first feature article was about. Up until a couple of years ago, I could have. I kept a copy of every Reporter in which my writing appeared. These formed a large stack on top of the tall filing cabinet in my home office. Horrifically, in an insane fit of decluttering two summers ago, I tossed all those papers into the recycling bin. My grandmother, a woman who made a career of newspaper writing, had also kept stacks of papers in her home, and though I admired and strove to be like her in other ways, I didn’t exactly want to emulate her housekeeping.

I figured the Reporter would always have the issues archived online, so why bother to clutter up my office with a stack of yellowing newsprint? Unfortunately, the current website archives only go back to 2017. Oh, how I wish I’d kept my personal stack! What was I thinking?

I blame it all on that Marie Kondo decluttering fad from a few years ago. I’d become obsessed with minimalist living, and saw in it something freeing, like washing a plate clean. I also anticipated a move across the country and wasn’t sure if the house would be put up for sale. I didn’t know how much of this stuff I could lug from Maine to the Southern California.

In hindsight, I realize I could have had the newspapers bound so they’d be easily stored on bookshelves. I’m doubly pained because I’ve also figured out that I don’t want to be a minimalist after all. I aim for refinement in my life, not scarcity or scantiness. Je le regrette!

I can’t remember the subject of my first human-interest piece. I can’t look through my copies to find out. I only know I loved the whole process from beginning to end: interviewing the subject, researching, picking out the best quotes, taking photos, and writing up a longish piece in a warm, engaged, enthusiastic, and encouraging voice and style. In journalism parlance, a human-interest story is “soft news.” Features appeal  to the reader’s emotions: sympathy, empathy, curiosity, or even schadenfreude (in the case of some disaster or obstacle thrown in the subject’s path). A detractor might call features newsy gossip, or worse, propaganda. A cynic could make an argument that media publishes such pieces in a blatant bid for attention, views, reads, and ratings.

I had no such ulterior motives. I wrote them because I loved writing them.

I took to writing features like a duck to water. People–their goals, hobbies, businesses, creative endeavors, passions, education, training, ideas, family histories, social lives–fascinate me. Every human being wants something, and I want to know all about that. What is it? How do they go about getting it? What obstacles do they face? How have they succeeded? How have they failed? What do they think about where they started and where they are now? Who helped them along the way?

I think at heart what I really want to know is: What can we learn from their journey?

Human beings learn through story. Tales that have become fiction might once have been based on legend which was based on real people and events. Tolkien spoke of this in The Lord of the Rings, writing about the tale of the One Ring, “History became legend, legend became myth and for two and a half thousand years, the ring passed out of all knowledge until, when chance came, it ensnared a new bearer.”

We love a “sin, suffer, and redemption” story, too.

As alluded to earlier, there are some pitfalls to including feature pieces in a newspaper. In this era of “alternate facts” and “fake news,” newspapers and other media outlets bear a responsibility to clearly label the types of content published or broadcasted. No reader should be misled or manipulated. Just as opinion pieces should be labeled as such, a feature article should be labeled in some way as to make it apparent to the reader that, while factual, the information has been crafted into a narrative by the writer. There is a point of view if not an opinion, per se. Reader, be aware.

I even advocate for some sort of sorting/labeling computer program through which articles could be run prior to publication. Employing AI to quickly scan the piece for opinion, misinformation, propagandist language, and outright lies makes so much sense. Would it take longer for breaking news to, well, break? Perhaps, but wouldn’t it be worth it if we are better informed, less likely to be taken in by lies and propaganda, and thus able to make better decisions?

As a features writer, I would have zero problem with a piece being labeled as a human-interest story. I’d probably work hard to make sure my piece didn’t get tagged with a “propaganda” label, however. Knowing an unbiased computer program would analyze and label my writing would force me to pay attention, be careful, and make my writing stronger. Can AI do this? Yes. USC computer scientists are already working on a program that would create a sort of bias nutrition label.*

It’s been a few years since I’ve written for The Reporter. Working on  those articles about regular, rural Mainers embarking on artistic or entrepreneurial ventures, enjoying and sharing their hobbies and interests, or giving their time and energy to the community in ways big and small, not only gave me the chance to flex my writerly muscles but also allowed me to positively engage with my community. There’s something to be said for getting to know the place where you live.

The Earrings of Oz