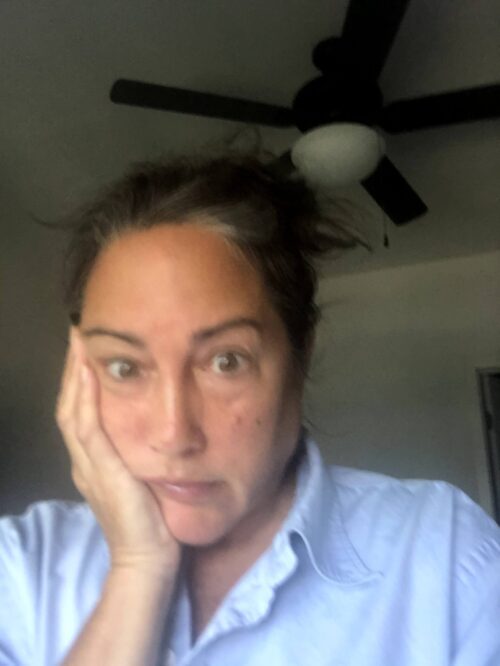 “Out of clutter find simplicity. From discord find harmony. In the middle of difficulty lies opportunity”

Every so often, the need to simplify, downsize, and clarify, grabs hold of me and I become a whirling dervish of activity: selling tableware, giving away books, tossing files from filing cabinets, bundling up old clothes to donate to Goodwill. Sometimes I overdo it, like the time I threw away my stack of newspapers that contained all my Waterboro Reporter articles. The idea was that all these back issues would be available online. Turns out, they aren’t. Live and learn, I guess.

(I should have bound and stored them; or cut out the articles and pasted them into a scrapbook. Something. Anything!)

The other day, a message from my good pal Google popped up informing me that between email, photos, and doc-type files, I’ve used up something like 70% of my online storage. Would I like to purchase more?

I was appalled. I was flustered. I was panicked. What was I supposed to do about all this data? And which app was the biggest culprit? And why all of a sudden did this seem urgent?

Turns out, Google Photos took up at least half that storage space. I hadn’t even used Photos until this summer when, after offering to put together a memorial video for my mother-in-law’s funeral, I thought I could use the app to easily create a montage. Turns out, I couldn’t; meanwhile I’d connected my iPhone camera to Photos for automatic uploading.

After that, I not only had to manage and clean up my iPhone photos, I had to replicate the process on Google Photos.

So the first thing I did was upload a bunch of pics to Shutterfly where I already had an account and had uploaded photos from an old Facebook account (a whole other story). My plan is to get those photos printed and put into photo boxes. I’m not finished with that project, but when I am satisfied, I will delete my Photos app.

I’m also going to be much more selective about keeping photos. How many do I need to retain a memory? Hard to say. Depends on the event, I guess. I may also take advantage of the photo books offerings. Or maybe I’ll get into scrapbooking. Remember that craze? I like working with papers and ephemera to create collages and such, so maybe that will work for me. (Although now I’m picturing storage nightmares for all those craft supplies!)

Email and documents sucked up the rest of my free storage. First, I tackled the email at the source. Okay, I feel a little guilty about this, but I brutally unsubscribed to all but a few newsletters and feeds. For some reason, I was still allowing Twitter notifications even though I rarely use Twitter and consider it the Devil’s Playground of Doom. A click brought me to the site, where I was able to put a stop to it toute de suite.

Like I said, there’s some guilt. It’s horrible that I’m asking people to sign up for my monthly newsletter and then banishing almost all of my subscriptions to the digital dust bin, but today I went to my email and guess what? ZERO new social emails and only FIVE promotional ones. Even my primary inbox is more manageable.

I also spent a few hours sending old emails to the trashcan. Like 1000 of them. The tip of the iceberg. But it’s a start. I reduced email by a gig.

The takeaway, so far, is that my digital spring cleaning feels fresh and empowering. Not only have I limited my social media usage by about 90%, I’m well on my way to having a manageable email and photo system.

I know that the general wisdom is to “get rid of paper.” We are told to scan our documents because they are so much more easily organized and stored. This is true for those documents whose “shelf-life” is a decade or less. But I’m talking about creative output. Short stories. Essays. All those newspaper article drafts! Remember when we used to store documents on floppy disks? And then they became obsolete? So we moved them to cds? And they became obsolete? And then we moved them to external hard drives and thumbdrives? What do you suppose will happen?

Now we store to the cloud–hence my storage issue–but is this really the best way?

I’m not sure. I’m thinking about it. My instinct is to print, print, print. Barring a house fire, paper is stable for centuries. I don’t know how stable the cloud will be. It requires a device to access. A device that runs on microprocessors that require certain minerals or whatever to be mined from the actual earth and processed and manufactured and shipped around the world via a supply chain that we now know isn’t unbreakable.

So, this is going to be a continuing theme in the coming year. Even though I’ve over-corrected my clutter situation in the past (books I regret losing. Those newspapers!), and knowing I’ll probably end up tossing some digital files/photos I’ll wish I had back someday, I think on the balance this will be another step toward creating a good life in crazy times. As Einstein said, “Out of clutter, find simplicity.” It’s there. Like a gem cutter or a sculptor of marble, we just have to look hard to see the form and shape within the solid mass of digital accumulation.

I hope you found this either useful or entertaining. If so please consider sharing it with a friend or two.

Do you have a fool-proof system for your technology storage? Share your best secrets for digital simplicity/organization in the comments below.

Part I: In The New Year

Something Sparkly in a Little Velvet Box